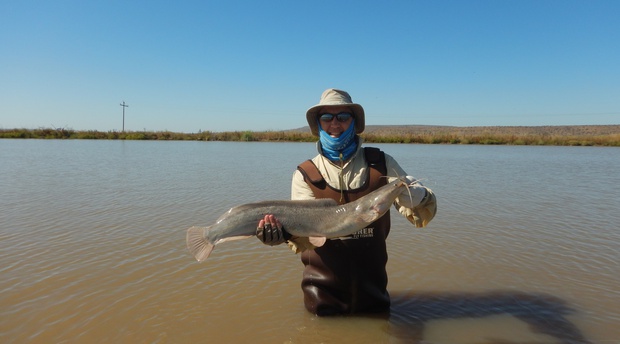 It's amazing looking back over the years, to see that the last significant rain we had was in October 2017 - 80mm in 3 days! The drought has had some other interesting consequences though...

Can you believe it?  Three years since we've had proper rain.  Unfortunately after those 80mm in three days, there was not much follow-up rain, so the waters in the Cradock and Swaershoek areas filled up briefly, but were empty again two months later.

With so many of the trout waters struggling through the drought, we've been exploring other fishing options in the area.  One of those, is barbel fishing.  The barbel (Clarias gariepinus) is also known as a Sharptooth Catfish or African Catfish.  These guys grow between 1.4m and 2m long and can weigh up to 60kg.  Most South African fly fishers are not too keen to target these fish, face it, they're not the prettiest creatures around, but they are apex predators, and are great fun to catch.

Don't think that they are not clever!  You stalk them, and they carry on feeding, but always seem to be a meter or two out of casting reach.  It takes a bit of skill to sneak up on them, but they readily take a fly if you use the right one, and put it in the right spot.  This is a really strong fish, so make sure you have lots of backing, and with their mouths being as tough as they are, its always good to use a fly tied on a strong, sharp hook.  They're not called Sharptooth Catfish for nothing, once you've caught one, you'll see that your leader looks as if it's been scraped along rocks, and would most definitely need to be replaced.

These new waters are accessible only with Alan as your guide, so give him a call to come and enjoy the heart pumping pull! 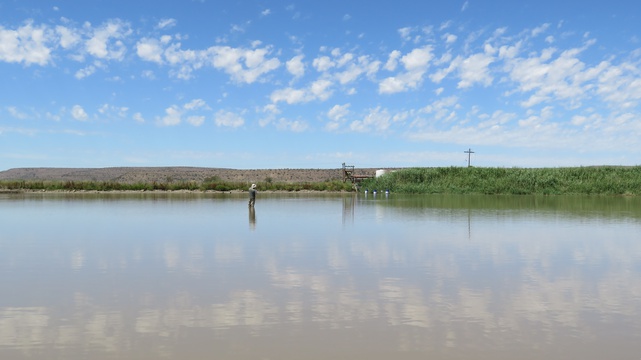 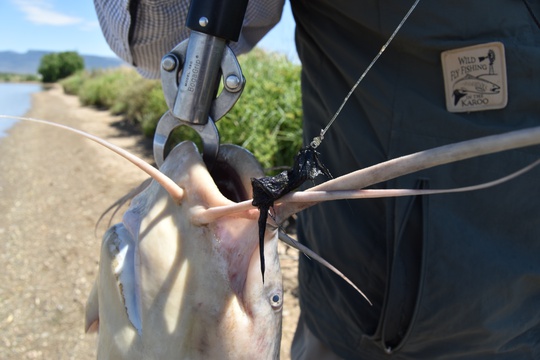 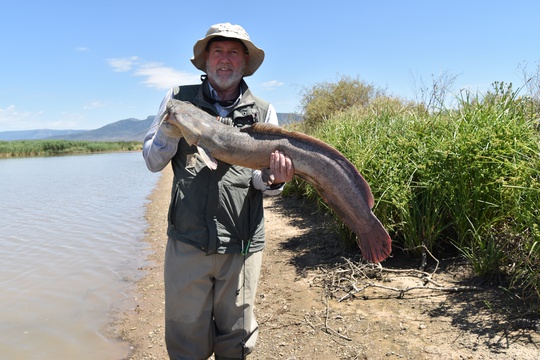 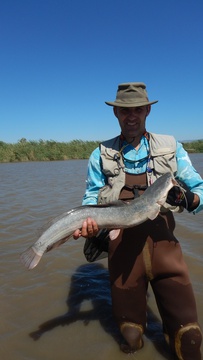